American Cuisine: Farm to Table, Part 2 of Many

In yesterday’s blog post we briefly explored the origins of the farm-to-table movement within Native American culture – check it out here if you’re interested: https://suntexllc.com/american-cuisine-farm-to-table-part-1-of-many/.

In today’s blog post, we explore the influence Black chefs had on American cuisine – building upon some of the very traditions that Native Americans had established decades prior – and thanks to the incredible research of culinary historian, Diane M. Spivey (http://www.migration-of-african-cuisine-global.com/), we can glean some pretty good insights into how these cooking techniques and recipes became American staples. Per an excerpt her article on BlackPast.org, “TRANSATLANTIC FOOD MIGRATION: THE AFRICAN CULINARY INFLUENCE ON THE CUISINE OF THE AMERICAS”:

“The story of the African culinary past begins with “Lucy” and East Africa, the cradle of humankind and civilization.  Over thousands of years East African cuisine and culture slowly migrated to every other part of the African continent, diversifying and establishing new concepts, while retaining basic aspects and characteristics of the old.  Throughout the continent, prosperity arose out of superior agricultural environments and eventually the transcontinental trade and commerce in agricultural and other goods first to Asia and eventually to Europe and the Americas.

East coast cuisine and culture transplanted itself by means of explorers, merchants, travelers, and seamen bound for India, Indonesia, China, Southeast Asia, and Japan.  Spices sold and purchased at East African trading ports and in Indonesian and Southeast Asian markets would dominate the delicious flavors of creative cooks.  The Dravidians of southern India and the Khmers of Southeast Asia (modern Cambodia and Thailand), are two of numerous ancient Eastern civilizations that still bear many African culinary and cultural imprints.

Africa’s East and West Coast cultures made their indelible culinary marks through exploration, migration, and trade expeditions on the Olmecs and Mayans of Mexico, the Chavin of Peru, the Native American Mound Builders, the Caribs of St. Vincent, and other indigenous cultures in the Americas, and these marks were made long before the so-called discovery of America by Christopher Columbus.

Migration and trade between the Americas and Africa had made the exchange and transplanting of foodstuffs between the three continents quite common.  In other words, the African culinary influence on the Americas began long before the trans-Atlantic slave trade.” https://www.blackpast.org/global-african-history/trans-atlantic-food-migration-the-african-culinary-influence-on-the-cuisine-of-the-americas/

While I would like to do my best to contribute to her words, and not copy + paste her entire article within this blog, I have to say that there is a lot of fascinating material within this specific article by Ms. Spivey, that bears reading. For example, did you know the following?

“The last stage of this culinary diaspora was the forced migration of Africans to the Americas through the slave trade, beginning in the 15th century, which brought numerous culinary artists and expert agriculturalists to the Atlantic coast stretching from Argentina to Nova Scotia.  The continual influx and steady increase of Africans into the Caribbean and South America at the height of the human bondage trade ironically constantly rejuvenated the African cultural input, and fostered a culinary revolution under the influence of Africans that would permeate every aspect of cooking and cuisine in rural and urban areas of every country in the Americas.

Africans who were shipped directly to areas such as Louisiana and South Carolina, as well as those who endured the “seasoning” process in the Caribbean islands and were then transferred to the American South, all positioned their culinary standards throughout the Southern states.

West African cooks made certain that all fish, meat, vegetable, and beans and rice dishes were heavily seasoned with hot peppers and spices, such as Guinea grains, or melegueta, spicy cedar (called atiokwo in the Ivory Coast—its seeds are roasted, ground and used in soups or with leafy vegetables), tea bush (known as an-gbonto in Sierra Leone, its fragrant leaves are used to flavor meat dishes, vegetable, egusi and palm nut soups), African locust bean (harvested, boiled and fermented to produce dawadawa, an indispensable condiment in Nigerian and Cameroonian cuisine), and West African black pepper (fukungen to the people of The Gambia and Senegal), to name just a few.

Several oils were used in preparing West African dishes, such as groundnut, or peanut (which is sometimes preferred in stews), melon seed, sesame seed (gingelly), coconut, corn, shea butter, and palm, which remains the favorite in West Africa due to the reddish-orange color it imparts to foods.

Both these specific foods and the preparation and cooking methods came with the enslaved people to North and South America.  The cooking methods included frying, boiling/simmering, roasting and steaming (foods are first wrapped in banana, plantain, miraculous berry, cocoyam leaves, or corn sheaths) and baking, or combinations of two or three methods. Broiling has been added in the modern era.” https://www.blackpast.org/global-african-history/trans-atlantic-food-migration-the-african-culinary-influence-on-the-cuisine-of-the-americas/

I know there are a lot of direct quotes here, however I fully recommend you go directly to the link above and read the article for yourself! The research and understanding of African cuisine in the Americas (North,Central, and South) is demonstrably impactful, and well-documented within Diane M. Spivey’s work within.

While this historical context is significant to the development of African American cuisine and modern American cuisine, you don’t have to dig too much further into American history to learn that many of our favorite foods today were invented by Black chefs. 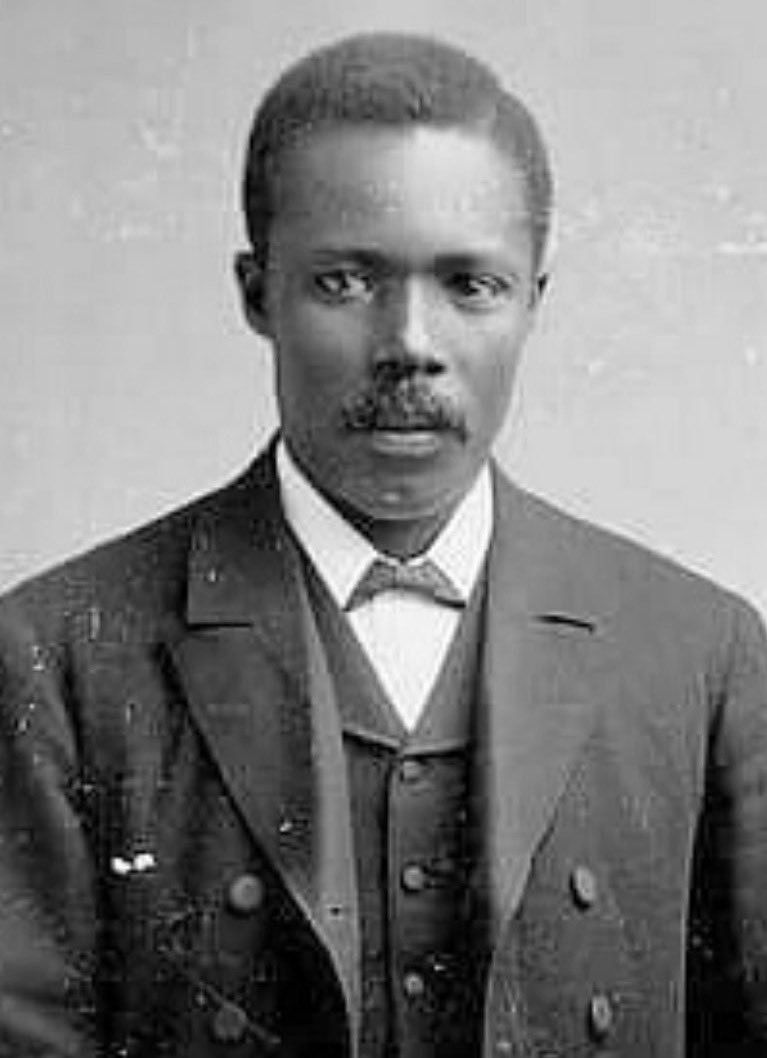 Whether born out of necessity in feeding large groups of people as inexpensively as possible during the harrows of slavery, or through something more positive such as an innovative solution to soil erosion, Black Americans have created the foundation of what is today “Southern cuisine” in America. Thus, both today’s and tomorrow’s blog posts will focus on the tastes that define American food, that were created by Black chefs.

Ever had a potato chip? That delicious salty snack is all thanks to chef George Crum, who “unintentionally created the potato chip during the summer of 1853. They were made in response to a customer who sent back their fried potatoes after complaining they were too thick”  (https://www.oprahdaily.com/life/work-money/g30877473/african-american-inventors/?slide=1).

To learn more about his remarkable life, read on here: https://lemelson.mit.edu/resources/george-crum. 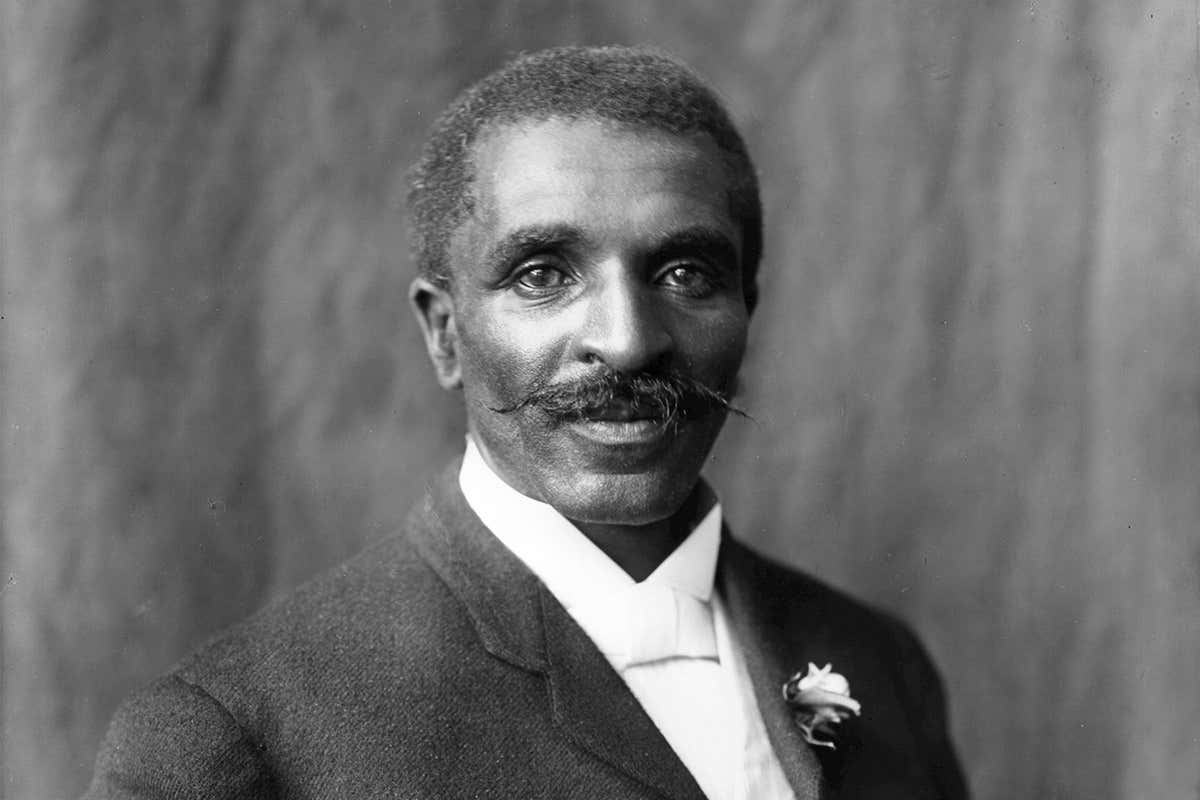 Thanks to Oprah’s list of “14 Black Inventors that changed American Life” we also know who is responsible for the creation of the wonder-food that is peanut butter: George Washington Carver.

According to this list, he was not only responsible for Peanut Butter, but also “As an agricultural chemist, in an effort to increase the profitability of sweet potatoes and peanuts (which thrived in the South as opposed to dwindling cotton supply), Carver began conducting experiments in 1896 and created 518 new products from the crops. They include ink, dye, soap, cosmetics, flour, vinegar, and synthetic rubber. He publicly revealed his experiments in 1914” (https://www.oprahdaily.com/life/work-money/g30877473/african-american-inventors/?slide=4). Read more about his life and the myriad of cuisines he created here: https://www.britannica.com/biography/George-Washington-Carver.

It’s a good thing we’re parceling out this topic of the origins of the “Farm to Table” movement all week long – because there’s just too much to cover! Thanks to the important works of Diane Spivey in researching and documenting (preserving) the African traditions that were popularized in the American continents, as well as the promotion of infamous chefs such as George Crum and George Washington Carver by influential people such as Oprah, we have a good list to get started. Check out tomorrow’s blog post to learn more about the roots of American cuisine! American Cuisine: Farm to Table, Part 1 of Many

American Cuisine: Farm to Table, Part 3 of Many Pop-quiz: Who Invented the Modern-day Lightbulb?

As energy experts, it’s important to pay homage to the monumental innovations... Home ImprovementInnovation
May 2, 2021by Megan Brannen

Another home feature that continues to increase in quality, and decrease in overall...